In a news clip on CBS This Morning, three Silicon Valley CEOs agreed that data was the most valuable resource on the planet. 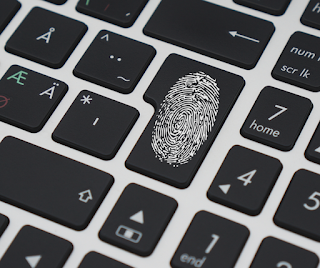 The CEO’s go on to state, “by 2025, the number of interactions we may have with connected devices could jump from a few hundred today to 4,800.”

Our privacy is at stake. Data mining is invariably the cause of large-scale breaches happening at alarming rates.

Where did data mining begin?
Let’s blame it on ancient civilizations. From the Romans and Grecians to the Chinese and Israeli, governments have been carrying out censuses to keep a record of how many males and females lived in a household and how many of those males were of fighting age. Tax collecting also enabled for determining data to create taxes on foreigners, oil, wartime expenses, imports & exports, sales, etc.

Data mining is nothing new, but the accessibility of information has never been more widespread. Let’s take Facebook, for example, since it is a hot topic.Did you know data is gathered from the commercial, paid advertisements you like or share, as well as the articles and videos you click?

While all those clicks count for a lot, the biggest data mining pull is from the “let’s get to know each other” posts that pop up all over Facebook. These seemingly harmless, fun entertainment posts between “friends” are wolves in sheep’s clothing. Don’t trust them. The companies that host these tell-all’s gather and store every last response. Some of those answers can even be matched with information sold on the dark web in the financial breaches.

Do I sound paranoid? Fine, then I sound paranoid. But I am simply amazed at how willing some are to hand over their private information that will inevitably be used to their detriment.

I particularly loved one post on Facebook this morning: “How old will you be by 2060?” By choosing a random future year, the one posting could then determine the birth year of the responder. I found this to be exceptionally creepy that a date closer to the average Facebook user’s age was not chosen. Think about it. If you are 25, then you were born in 1993. The age of the 25-year-old would be in 2060 is 67. A 15-year-old would be 57. Who is this post targeting?

If your Facebook Privacy Settings are not strong, everyone is able to see your birth month, day and year. So, what was the end-game of the above post? To gain information and thousands complied by responding.

1. Screen Friend Requests. The meaning of friend is “a person whom one knows and with whom one has a bond of mutual affection.” I get many friend requests, but if I don’t know you, have not shared a meal with you or even had a conversation with you, we really are not friends. I truly use my Facebook to keep up with my friends in the midst of a busy life.

2. Limit face time. I self-impose the amount of time I waste on Facebook. It can suck me in if I don’t. The NY Times posted an article two years ago that said the average user spends almost an hour every day on Facebook. I think it may be more now.

3. Hit Unfollow. I have Unfollowed many Facebook friends. The ones who post pictures of themselves every day, the ones that only repost or share other posts (aka no original content), the ones who rant politically, the ones that use their personal Facebook page for business, the list goes on. I do not, however, unfriend them completely. While I may not want to see their posts in my newsfeed every day, they are still my friends; and I will go to their Facebook page to check in on them. I “subscribed” to Facebook to hear their hearts and see how they are doing. Period.

4. Avoid Ads. Subsequently, I actively will NOT like, view or share commercial posts shared by friends. Zephora Digital Marketing had some very compelling statistics. Number 5 states, “On average, the Like and Share Buttons are viewed across almost 10 million websites daily.” I choose to be one less viewed.

5. No Sharing. In fact, I will be the fact checker of anything anyone reposts. Snopes.com is a great resource for those entirely mindless, missing or too-stupid-to-believe articles that get shared.

I mentioned the article from Zephoria above but it had some amazing
statistics: The Top 20 Valuable Facebook Statistics. A few really stood out initially and after I typed rule 5 above, so I did a little deeper reading.

I loved number 12, stating there are a whopping 83 million fake profiles. Some of those are from people who do not implement their security controls and post they have been “hacked.” No, they were not hacked they were spoofed. It has nothing to do with passwords and everything to do with the fact their personal security has not been implemented.

Zephoria also states the average time spent per Facebook visit is 20 minutes, but I disagreed so strongly that I did some fact-checking. The Infodocket article it is quoting from is 2014 – that’s data from four years ago – and everyone is still quoting it.

Hmm. Then I went back and checked the 83 million fake profile source. Guess what? That data was from CNN in 2012 and the source actually stated it they were either fake or a duplicate accounts. Well, it appears that the information is not always accurate – but it’s on the internet, so it must be true, right?

Curious now, I went back to the source of number five on Zephoria’s list. This one was from Facebook, but also from 2014.

Now, back to my original storyline. I am old enough to remember that “big brother” is watching and listening. Compare now to the 70’s? The 70s was just a line used by some over hyper, completely paranoid hippies. But now? Guess I am willing to say the spy net has grown incrementally pass it being only big brother watching and listening. However, there is much we do on a daily basis that could prevent our personal information being shared over a compromised network.

On any online fill in the blank, I only answer the required fields, usually marked with an asterisk. Typically, my response to anything online now is, “Do I have to?” For instance, if you are responding to a “free” site, how is it that it remains free? Someone is getting something, somewhere. And that something is most likely you.

Nothing in your Facebooks profile should be public unless, of course, that is the point of your Facebook page. Check to see which applications have access to what data. These options are all under your Facebook Profile Settings.

Be smart. Think before clicking. Tighten your security controls. Now more than ever, there is no excuse to remain ignorant and this is an area for which you do not want to remain complacent.