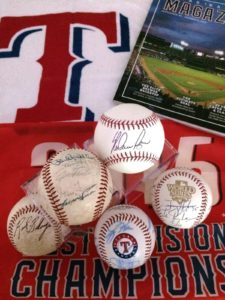 I was a pretty naïve Texas gal the summer after my sophomore year in 1972. All I knew and loved was tennis and softball, neither of which I was encouraged to play being a young lady from the south. I began working that summer at an Arlington, Texas city owned theme park called Seven Seas but soon quit in order to join my church’s youth mission trip to Mexico.

Very long story short, five high school kids and two adults drove through winding roads in a van, with various hysterical experiences and very little known Spanish, to work for five days in Toluca, a town west of Mexico City, nestled against an inactive volcano. We saw more of the interior of Mexico on that trip than I have since.

Toluca was a beautiful village town, with lots of friendly people and we soon became the talk of it. We painted walls of the local church and various other tasks those five days, while living in church owned rooms. The church members cooked food in their homes for us at night and it was a sacrifice for many of them. We would walk to the local bakery or market, often several times a day. Some of the youth from the church painted alongside us.

And I became smitten with one of those young men whose name was Job. We conversed in broken English and Spanish, laughing and connecting as kids do. He was a true gentleman, behaving in a manner that was not bestowed upon the young men in my own town! I truly enjoyed his company and the time with he and his friends was all too soon at an end.

We continued our communication through letters. The only problem was that we didn’t understand each other’s language. He wrote in Spanish and I wrote back in English, not able to respond to anything he said in his letters.

There was this new major league baseball team in town that year and after returning, my new summer job was selling cokes to the fans in the outfield. The first year, there were only two or three fans in the outfield. It was a very different time than now. One of those fans was regular customer of mine, requesting that when I saw him, to bring him a Coke and a bag of peanuts.

We always talked when I saw him. It wasn’t like I had a lot of customers in the outfield, especially in the Texas heat on the hot outfield benches. I told him about my trip and the new “love” of my life back in Mexico. I had just received a letter from Job and had told him about my dilemma, as I was gazing over the pitchers warming up close to us. I showed him the letter in my pocket, at the same time I saw one of the pitchers looked Hispanic.

Don’t judge me – I was 15 year old damsel in desperate in need of a solution.

He smirked as he replied, “yes?”

“So I got these letters from my boyfriend in Mexico but they are in Spanish. Can you translate them for me?”

He stared at me for at least a minute. I’m sure he was thinking what an idiot I was and he couldn’t believe he was the pitcher of a major league baseball team and here was an outfield Coke pusher asking him to translate her love letters from some guy in Mexico.

I could almost hear the “Seriously?” through the look on his face. But I waited patiently for his answer.

Deep sigh, “okay. Meet me at the player’s guard gate after the game.”

Thus began a long relationship (the rest of the season) with Horacio Pina. He would check the outfield for me and I would wave an envelope or just wave back. The guard would just wave me through when he saw me and I would sit on a nearby wall waiting for Horacio after the game.

Horacio was a good man, with a heart like a big brother. I really enjoyed our talks and I’m sure through the years, my memory has embellished the details of them. But I do hold them close.

Near the end of the season, after one particular letter, Horacio had a serious look on his face. And he was being really quiet. Remember I was naïve. Guardedly, Horacio warned me that it would be dangerous for Job to try to come see me. I did not understand. He then told me about the hardships of Mexico and that many come across the borders illegally to find work. Some make it and some did not.

I sat in stunned silence. I had no idea. Me going to Mexico was not difficult. I thought it would be just as easy for him. Horacio knew first hand of the difficulties – he was from Matamoras, Mexico.

We sat and talked on the wall for a long time that evening as he helped me carefully word my last letter to Job.

Now I was a damsel in depress but I knew I had done the right thing. I did not want Job to get hurt.

The season ended and Horacio was traded to the Oakland A’s before the 1973 season. I lost touch of him as my life moved on as well.

Fast forward to five years ago. I am now a season ticket holder and was attending the Texas Rangers Hall of Fame luncheon. When I saw another 1972 Texas Ranger pitcher, I asked him if he knew how Horacio Pina was doing? I have truly wanted to thank him for all those wall talks.

He had lost touch with Horacio, knew he moved back to Matamoras after playing but he was now concerned about Horacio’s safety. With a curious look on his face, he asked why? When I explained, he exclaimed, “Oh my gosh, you are the girl on the wall! We gave him grief about you!”

Some people have pin-ups. I was a wall girl.

I have never been able to reach Horacio but hope he knows how much I appreciated his heart felt kindness, care and concern that summer. I am truly grateful for his translation services but mostly his brotherly advice to this naïve teenager.

Horacio played ten years as a relief pitcher in major league baseball. Wikipedia summarizes Horacio’s most productive season “came in 1972 with the last-place Rangers, when he posted career-numbers in saves (15), strikeouts (60) and games pitched (60).” So, I guess my bugging him didn’t affect his game too much after all!

And Job? He contacted me on Facebook last year – it was such a joy to hear from him! He is safe and sound in Toluca, with forty-five year old memories of some American teenager.

So what is the point of this blog? I am sure Horacio had no idea the impact he made on me through his willingness to help. Forty-five years later, I still hold him dear.

Whose life are you affecting so, that in forty-five more years, they will still hold you dear?