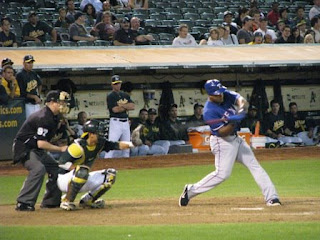 If there is one thing I am passionate about, it is the Texas Ranger’s baseball team. In 1972, the new Arlington Stadium became the home of the Rangers and where I worked through high school. Now, I am a proud season ticket holder. The games are a mini-vacation from life, in short, they’re my vice. From my seats, I can see everything on the field and dugout, including the players themselves, which are more interesting to watch than you would think. #humanbehaviorstalker

10 and 2011, only to fail in the end. BUT, my Rangers finally made it to the World Series, and that is what counts! I had been waiting for 38 very long years, and it was a fantastic experience!

The euphoria, however, was short-lived. In June 2012, my team fell apart. It was downhill for the rest of the season, losing the division title on the last day. The discouragement was evident in the players who no longer congratulated or motivated one another. I watched a frustrated coach not respond or react. The players sat on the bench with their heads down, no longer interested in hanging on the rail to watch the game play out.

It was heart-wrenching to watch a talented team fail. It was like bearing witness to a fatal injury but being helpless to stop it. The only thing left to do was to support the life-saving efforts with a heavy heart. It’s been seven years of unending torture.

This year is different. We have new players in our dugouts. We are still the bottom fe

eders of the American League West, but the players are finally having fun again. From shouts of encouragement to laughter in the sidelines, their genuine enjoyment of the game is breathing life back into the team and the fans.

A single person in the dugout can poison the entire team and sometimes talent is not worth the negativity. Your patients “see” the attitudes of your employees, but it is the coach (leader) that sets the tone.

Negative Players
Part of the problem beginning in 2012 was a poisonous player. His name, along with his personal issues, were all over the media. It affected the team and infected other players. If it was evident from my seat overlooking the dugout, then it was apparent to the other side who could and did take advantage.

All it takes is one person to ruin a day. Acts of negativity pollute other employees’ attitudes and make staff members wish they worked elsewhere. We are human, and as such cannot be cheery all the time, but disposition makes or breaks the tone in the dugout.

It was baseball legend, Tommy Lasorda, who said, “There are three types of baseball players: Those who make it happen, those who watch it happen and those who wonder what happens.”
He is right both on and off the field! It is difficult to be a negative player and still have determination, drive, and hunger for the win. If you watch the dugout, no one hangs around the negative player. They are poison to the team.
Talented but Negative

You’re probably familiar with the saying one bad apple can spoil the bunch, but did you know it is a scientific fact? A gaseous hormone called ethylene causes the apples in the bunch to speed up their ripening process.

A recent embezzlement investigation featured a practice manager pointing the finger at a front desk employee, continuously restating to the owners what the employee had allegedly told her. It was accusatory, and I found nothing to back up it up. I meticulously combed through the practice software and bank records and found nothing. The practice manager was tenacious with the doctors, though; and at her insistence, they were ready to fire the employee until I convinced them to wait and watch.

To be still and observe behavior is often quickly dismissed in the interest of expediency.

Sure enough, the practice manager was calling in prescriptions for herself using the doctor’s DEA number. They had a much more significant problem on their hands than most realize. Due to the soaring opioid epidemic, each state now has a prescription drug monitoring program which makes it easy to validate prescriptions by DEA number.

Patients See
Do you wonder what your patients say about your practice after they leave? I read a Facebook blast from a friend about a local dental practice. “They have such bad attitudes there. The gal sitting at the desk was texting on her phone and didn’t even look up at me when I was standing there. There was no ‘friendly’ interaction with anyone. They don’t seem to like working there very much. Well, guess what – I don’t like going there either, and I’ve decided it will be my last visit.”

I was mortified for the practice, but the reality is the problem is greater than this single patient and more expansive than this particular practice.

What Are Your Patients Seeing?
Do they see your team standing at the rail, cheering for their team’s successes and supporting each other during the busy times? Does your staff enthusiastically greet, or simply process your patients as part of their day? Do they have a fire in their belly to tackle the hardest schedule? Are they compassionate to listen to their patient’s hearts?

A great employee will know their products and procedures, they will go above and beyond to get to know their customers, and they will be in tune to what they are truly looking for, not just what they came in to buy.

One great employee equals three good employees. Ask yourself, are your employees great or are they just filling a spot on the roster?

I hated it when my mom used to say, “I don’t like your tone, young lady,” but the fact is, tone does speak volumes. Does your team support and encourage each other? Listen to how they interact with one another. What is the tone? What is your tone as their leader?

Building a Team
It takes time to build a team. As a Ranger’s fan, we have had many fun years and many more disappointing “rebuilding” years. Through the frustration, I have remained a fan. I keep going back for a disappointing loss, mostly because I love baseball and hope is eternal. I have met quite a few players through the years and in some strange way, I have built a “relationship” with my team.

During the hard building years of your practice, do your patients keep coming? Are you building individual relationships? In the growing social media presence, do not forget, a patient who feels valued will return. What, if anything, are you doing to address their concerns?

A Leader Sets the Tone
1940’s MLB catcher Al Lopez said, “Do what you love to do and give it your very best. Whether it’s business or baseball, or the theater, or any field. If you don’t love what you’re doing and can’t give it your best, get out of it. Life is too short.”

Texas Rangers’ CEO and former major league pitcher Nolan Ryan said, “One of the beautiful things about baseball is that every once in a while, you come into a situation where you want to, and where you have to, reach down and prove something.”

Digging deep to become and do what needs to be done can be one of the most rewarding achievements in life. Never be satisfied with status quo. Asking “how can we make this team better” produces winning teams.

Are you a fan of your own practice? Are you your team’s biggest supporter? If not, how can you learn, adapt and grow into the role?

Now, if you’ll excuse me, there’s a game on tonight, and I need to get ready. Play ball!